Where can we find the bal taschit commandment?

What does 'bal taschit' mean?

Is it a positive or negative commandment?

How does Ariella (the girl), interpret bal taschit?

We can speak of polarization when differences between opposing groups keep increasing. The two groups face each other as ‘opposites’. An excessive polarization process can also be described as an us vs. them kind of thinking. In this way groups of people are placed diametrically opposite each other. Of course, polarization is not always negative. Differing, even conflicting views challenge our thinking and keep a society alive and dynamic. It does become problematic when only radical points of view are heard, and the moderate voices in the debate disappear.

Polarization is different from conflict. In both cases there are two sides standing on opposite sides of each other. But in the case of conflict, both the people that have an issue and the issue itself are easier to identify. One person thinks this, the other person thinks that. This makes it easier to find a good, rational solution. The parties involved are more inclined to accept the solution. In the case of polarization, the issues are often more abstract, and it is harder to identify the people that are on opposite sides.

Many scientists agree that the climate is rapidly changing. These changes, including global warming, could lead to a world out of balance, with serious consequences for humans and animals. Because of this, scientists are increasingly sounding the alarm. Society, too, is increasingly calling for changes that would better protect the environment. But not everyone is convinced of the negative consequences of climate change, or is willing to implement the desired changes. Thus, two camps, two poles, quickly emerge around a theme. The growing frustrations lead to a strong ‘us vs. them’ mentality. We can understand the climate protests as an expression of these frustrations.
The theme polarization offers the opportunity to reflect on the climate debate and climate protests. When do protests go too far? Do protests lead to more polarization? Is protest always the right way to come to solutions? In what follows you are invited to reflect on those questions.

ASSIGNMENT. Watch the video clip. The story shows us how Ariella, frustrated with her school’s decision to cut down a piece of forest, starts a protest group. Answer the following (sub)questions.

1. What is your opinion about the story? What do you remember?

1.1. Was Ariella right to protest?

1.2. Is protesting a good way to draw attention to a problem? Would you join in the protest?

1.3. What actions is Ariella taking, or does she intend to take?

1.4. How does Ariella’s environment react to her actions?

3. We can think about Ariellas actions from the point of view of polarization and conflict. If necessary, watch the video again to answer the following questions.

3.1. Does Ariella participate in a ‘us vs. them’ kind of thinking?

3.2. Does the story show us a conflict, or polarization? Argue your position.

3.3 The school director invites Ariella and Levi for a conversation. Can a dialogue help solve an ‘us vs. them’ thinking? How?

3.4. How can we envision depolarization? Can you give examples of possible solutions?

3.5. Do you think it is possible to take action without polarizing? What could such a non-polarizing protest look like?

While Ariella searches for ecological disasters on the internet, we see two words reflected in her eyes: bal tashchit. The words bal tashchit refer to a prohibition from the Book of Deuteronomy. We speak of a prohibition in the case of a ‘negative mitzvah’: a mitzvah or commandment that prohibits certain behavior.

The word ‘destroy’ should be understood in a broad sense, and is closely related to the notion of ‘waste’!
ASSIGNMENT. Read the following passage. Then answer the questions.

[19] When, in making war against a town in order to capture it, you lay siege to it for a long time, you are not to destroy its trees, cutting them down with an axe. You can eat their fruit, so don’t cut them down. After all, are the trees in the field human beings, so that you have to besiege them too?
[20] However, if you know that certain trees provide no food, you may destroy them and cut them down, in order to build siege-works against the town making war with you, until it falls.

Mark in this passage the sentence that contains the bal tashhit prohibition.

Write down what you don’t understand in this passage. Which sentence, expression, or term is unclear?

What is the passage about? Try to write down the essence as concisely as possible. 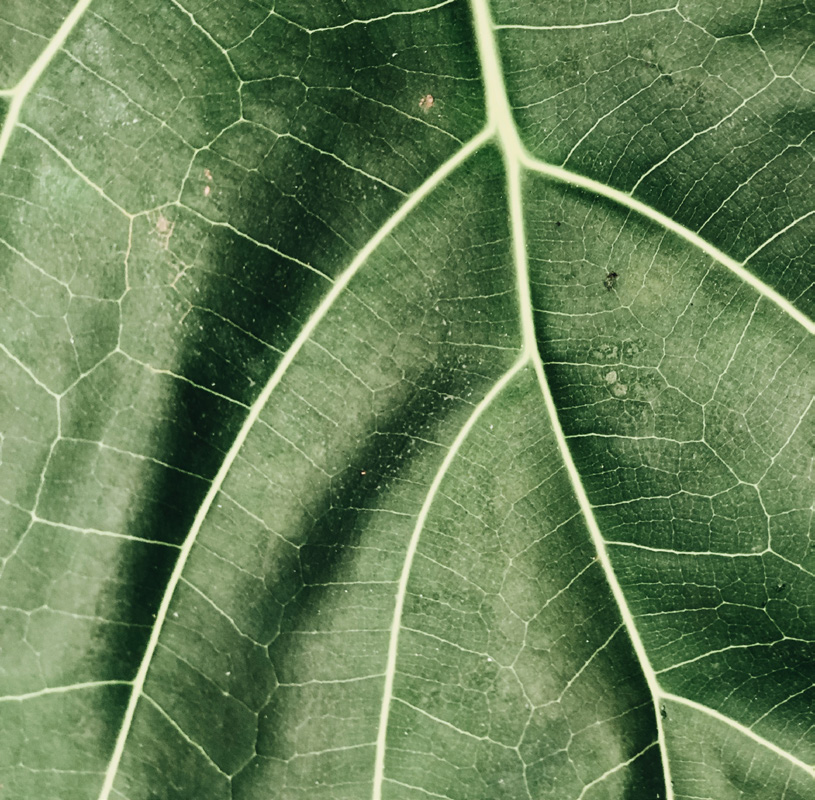 The Tanakh’s meanings are not always obvious. The Tanakh originated in a world that is very different from the present one. This makes understanding and interpreting difficult. But the Tanakh is still rich in meaning. Rabbis have developed various techniques to interpret and decipher all those meanings. Those techniques are like keys that open the lock of the Tanakh.

One of those interpretation keys is kal v’homer. That literally means: ‘from difficult to easy’. In the Tanakh we often find commandments in very specific situations. Kal v’homer shows us how we can deduce something from a less probable situation for a more probable situation. Or in other words: what does a specific case tell us about how to behave in general?

The biblical prohibition bal tashchit forbids, in times of war, to cut down fruit trees to gather wood for a siege. Rabbis started to apply the prohibition in a broader sense, making it applicable to all kinds of useful materials, objects, and resources for humans, and even to the human body. That movement, from an exceptional, specific situation to a general one, is kal v’homer.

What does bal taschit mean? Can you link it to other words?

Explain the kal v’homer principle using your own words.

Is bal tashchit a positive or negative commandment?

Read the following Talmud passage. How does the Babylonian Talmud apply the kal v’homer principle?

the Babylonian Talmud – Kiddushin 32a

Whoever breaks vessels or rips up garments, destroys a building, stops up a fountain, or ruins food is guilty of violating the prohibition of bal tashchit.

Apply the kal v’homer principle to your own life. What are easy ways we pollute or destroy that we can do something about?

Passages from the Tanakh can be interpreted in different ways. This is also the case with the bal tashchit principle. So far we saw how rabbis mainly applied the principle to the notion of ‘profit’. Profit is another term for utility or benefit. The question is: what yields the most benefit, the most profit? This requires a kind of calculation. We have to protect what brings us the most benefit.

Not all rabbis agree with this interpretation. Nowadays more and more Jewish thinkers are trying to reconcile the bal tashchit principle with the concept of sustainability.

Sustainability means that things remain productive, healthy and diverse for a long time. This means that we use up resources to meet our needs, without taking away the ability of future generations to meet their needs. 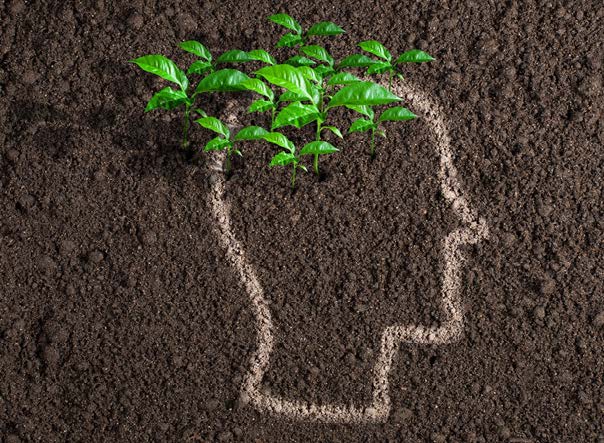 ASSIGNMENT. Read the article below by Rabbi David Seidenberg. Afterwards, solve the questions following the article.

“What seems to have been missed in past rabbinic interpretation of bal tashchit is that the rule given in the Torah is both literally and fundamentally about sustainability – about what sustains you.”
[…]
However, if we incorporate the spirit of the Torah, we can go far beyond such utilitarian measurements. The Torah after all doesn’t just protect the trees when it says, “Is the tree of the field a person, to come before you in the siege?” It ascribes a kind of subjectivity to them.
More than this, the deepest Torah guidance is that we must respect the sources of life. That spirit is expressed in so many ways – including not just in bal tashchit, but also burying the blood/soul of a wild animal one has slaughtered, never eating blood, which represents the life force, and never combining milk, the source of life, with meat. Life – all life – is the purpose of Creation.

Indicates terms, phrases, and sentences that are unclear. Look up the meaning of ambiguous words, or ask the teacher or facilitator to clarify them.

What is Rabbi David Seidenberg’s criticism of the previous bal tashchit interpretation? Explain using your own words.

Rabbi David Seidenberg states that the deepest guideline of the Torah is that we must ‘respect all life’. What do you understand by ‘respecting life’? In what way do you try to show respect to nature?

Consumption
Consumption refers to the using up of resources.

Ecosystem
An ecosystem is another word for a community of life, in which a collection of species or organisms interact with each other, and their environment. Ecosystem are part of the overall natural environment. Well-known examples of ecosystems are forests, lakes, rivers, and so on.

Subjectivity
Subjectivity is an abstract term. A possible synonym is ‘personality’. In general, it refers to the whole of personal opinions, emotions, points of view, or tastes. David Seidenberg, as seen in this module, uses the term to suggest a similarity between humans and nature, as both are elements of Creation.