What is a 'Commanded War'?

What is a 'Discretionary War'?

What are Joshua's Wars of Conquest?

Speaking of war and peace is nothing new. Speaking of war and peace is also strongly present in the Jewish tradition. In particular, war and peace both appear in the Torah. On the one hand, the Torah emphasizes the absolute importance of peace and harmony between and within all peoples. The word ‘shalom,’ which includes the meaning of ‘peace,’ is a central example of this. On the other hand, the Torah also contains many stories of war. These two sides have their own theory: pacifism on the one hand, and Holy War on the other.

1. Pacifism is an attitude or doctrine that seeks peace and disapproves of the use of force to resolve conflicts (between nations).

Political power building is out of the question. According to this doctrine, for example, a country cannot introduce military service. Judaism is not pacifist because there is a lot of violence in the Torah. Harmony, peace and justice are important concepts in Judaism, however. Pacifism also raises many questions of interest to Judaism. How do we handle violent passages? Can pacifism inspire? Throughout history, Judaism has often prioritized indulgence and passivity. Can we see those values as pacifist? And at the same time, we can ask the critical question: is pacifism always something positive? Isn’t self-defense, for example, just?

2. Holy War is a form of collective violence authorized or commanded by G-d. In the Torah we find many violent passages.

Joshua is commanded to conquer the Promised Land, with great violence. There is also the war against Amalek. King David, in turn, is known for his expansionist wars against the Arameans. Many of the wars, such as Joshua’s War of Conquest, were commanded by G-d. The reading of the book of Esther, in which the Jews commit mass murder, is the central event of the Purim festival. The Torah also describes G-d as a warrior, and the human warriors (Joshua, David, Esther, etc.) are depicted as heroes. Violence in the name of G-d is thus a common theme in Judaism. Judaism has its own history with the phenomenon of Holy War.

ASSIGNMENT. Reflect on the concepts of “pacifism” and “holy war”.

Describe pacifism in your own words.

Would you describe Judaism as ‘pacifist’? Why yes/no?

Are there pacifist ideas in Judaism?

Holy War means collective violence in the name of G-d. What is your opinion of Holy War? Is Holy War just?

Do you think Holy War also exists within Judaism?

ASSIGNMENT. Choose a statement from the following list with which you most identify. Explain why.

• “War is never just.”
• “Peace can only exist alongside war.”
• “Never do anything in a war that makes reconciliation impossible afterwards.”
• “A world without violence is not realistic.”
• “Violence begins or ends with yourself.”
• “Even in times of peace, it is important for a country to invest in weapons.”
• “Risking your own life for a stranger in another country is useless.” 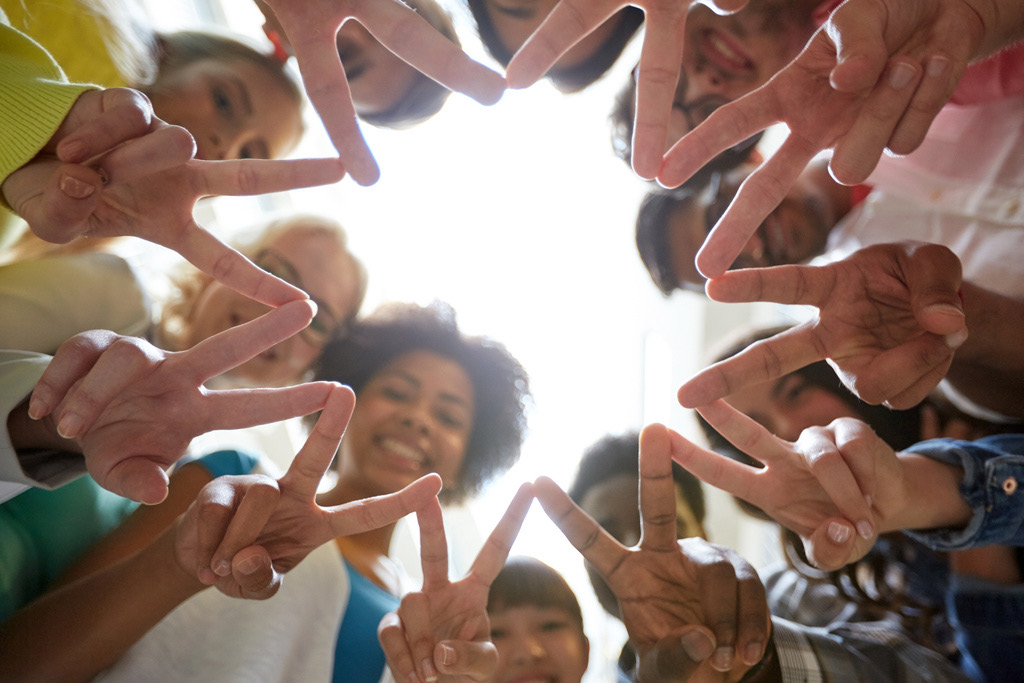 A theory of war that tries to limit damage and suffering as much possible is called a Just War-theory. Such a theory establishes rules that regulate the beginning, course, and end of a war. The purpose of these rules is to make war as just as possible. Within the Jewish tradition we find no extensive Just War theory.

We are thus limited in our discussion of war. In the Torah we find a text from the book of Deuteronomy that discusses warfare. This text is fodder for discussion in the Talmud. We first read the text, and then we discuss how the Talmud further elaborates on it.

Four things emerge from this text:

1) A peace settlement is mandatory for any attack. Even today, it is still important to prevent as much violence as possible.

3) The reason for warfare is to prevent the Jewish people from being affected by the wickedness of the nations with whom they share a territory. The “horrible things they do for their gods” must not be adopted by the Jews. 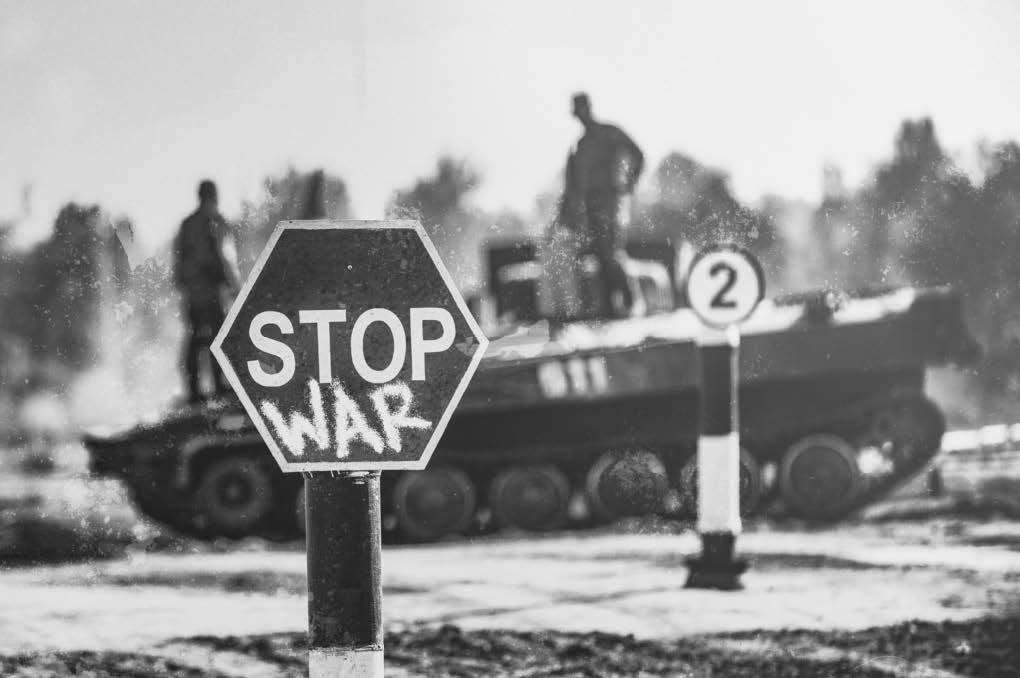 The Mishnah turns to the war passage discussed above, and asks in what case the four reasons for postponing military service are valid. “To what type of war does all this refer?” (Mishnah Sotah 2). The Mishna answers that question by distinguishing between a commanded war (milchemet mitzvah) and an optional war (milchemet reshut).

A milchemet mitzvah or commanded war is commanded by G-d. A commanded war is necessary and does not allow for exceptions. Everyone must go to war. According to the Talmud, a commanded war may take place even on Sabbath. An optional war is discretionary. This war allows for various reasons for deferments from military service. A discretionary war is still possible, but not the result of a G-dly commandment. The Gemara builds on this distinction. We discuss the Jerusalem Talmud and the Babylonian Talmud separately, because each puts forward its own view.

The Jerusalem Talmud defines a discretionary war as one that Israel initiates. Israel is not commanded to attack anyone. And since the Promised Land has already been conquered, further wars serve only to expand the territory. A commanded war is obligatory; everyone must participate in it. According to the Jerusalem Talmud, only the wars of Joshua and defensive wars are commanded.

The Jerusalem Talmud recognizes the right of self-defense. For the ancient Israelites, this meant that since the Promised Land had been conquered, they now had to protect it. In addition, there is an important conclusion that can be drawn from the Jerusalem Talmud. According to the Jerusalem Talmud, only defensive wars and the Wars of Conquest of Joshua were commanded and thus sacred. However, those wars took place thousands of years ago. The Jerusalem Talmud thus seems to state Holy Wars are not possible today.

Whether they are ordered depends on the degree of certainty with which can be determined that an attack is coming. The Talmud seems to suggest that, if this can be determined, preemptive strikes count as milchemet mitzvah.

Diaspora communities do not have their own army. Therefore, Jewish discussions of war are usually about the state of Israel. Not every Jew is equally concerned with the state of Israel, but a healthy discussion of war and peace can help us understand the world better. The distinction between commanded and optional wars still matters today, and they help explain why certain wars are important to some Jews. Whether a war of Israel is commanded or optional is a contemporary point of debate. The Talmud gives us food for thought.

Right or wrong. According to the Talmud, future wars are possible. Please justify your answer.

Is the concept of a ‘Commanded War’ credible? Do you believe in it? Why do/don’t you?

Is a preemptive strike justifiable? Why yes/no? In which cases are they?

The Sanhedrin and the oracle Urim VeTumim used to play a major role in the decision to start a war. Who do you think has the right to start a war? The government, a large group of residents, rabbis, ...

The Torah states that if hostile cities do not accept a peace settlement, the male inhabitants may all be killed. In your opinion, are there any rules for how a war may proceed? Or is all violence permitted?

Discretionary
Discretionary refers to the ability to judge or act independently, at your own discretion.

Righteousness
righteousness has several meanings. First, justice is a legal concept. Whatever is in accordance with the law is just. Second, justice is also a moral concept. To act justly is to act “rightly,” in accordance with what is “good” or “correct. Justice also takes practice: no one naturally does the right or good thing all the time. We encounter this idea often in the Tenach!

Pacifism
Pacifism is an attitude or worldview that seeks peace absolutely. Pacifism rejects any form of violence.

Peace Settlement
A peace settlement is an agreement between two parties, often countries, to keep the peace and not go to war.