1. Please write down five things that come to your mind when you think of Catholicism.

2. Please write down three questions you would like to ask about Catholicism.

Like many other Christians, Catholics believe God exists as three persons: God the Father, the Son Jesus Christ, and the Holy Spirit. This is known as the Holy Trinity. This is also reflected in the sign of the cross that Christians perform, saying ‘In the name of the Father, the Son, and the Holy Spirit’. The sign of the cross is a symbolic action; it is a reference to the cross that Jesus died on, which is one of the most important symbols within our faith.

Jesus was born in the first century of the Christian era in Palestine and was a unique person. He taught many inspiring lessons, shared stories, and performed miracles. He announced the Kingdom of God: a kingdom of love, not of power. That is why Jesus experienced resistance. He eventually died on the cross for the sins of all people. However, as the Son of God, he rose from the dead. His death and resurrection reveal God’s love for us and marked the beginning of Christianity. 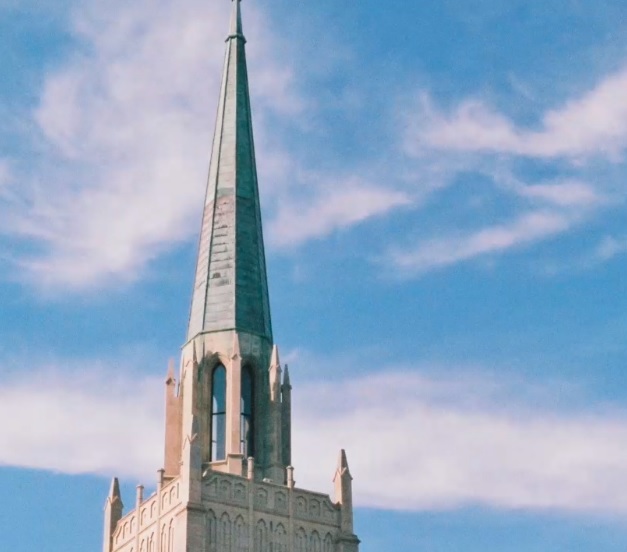 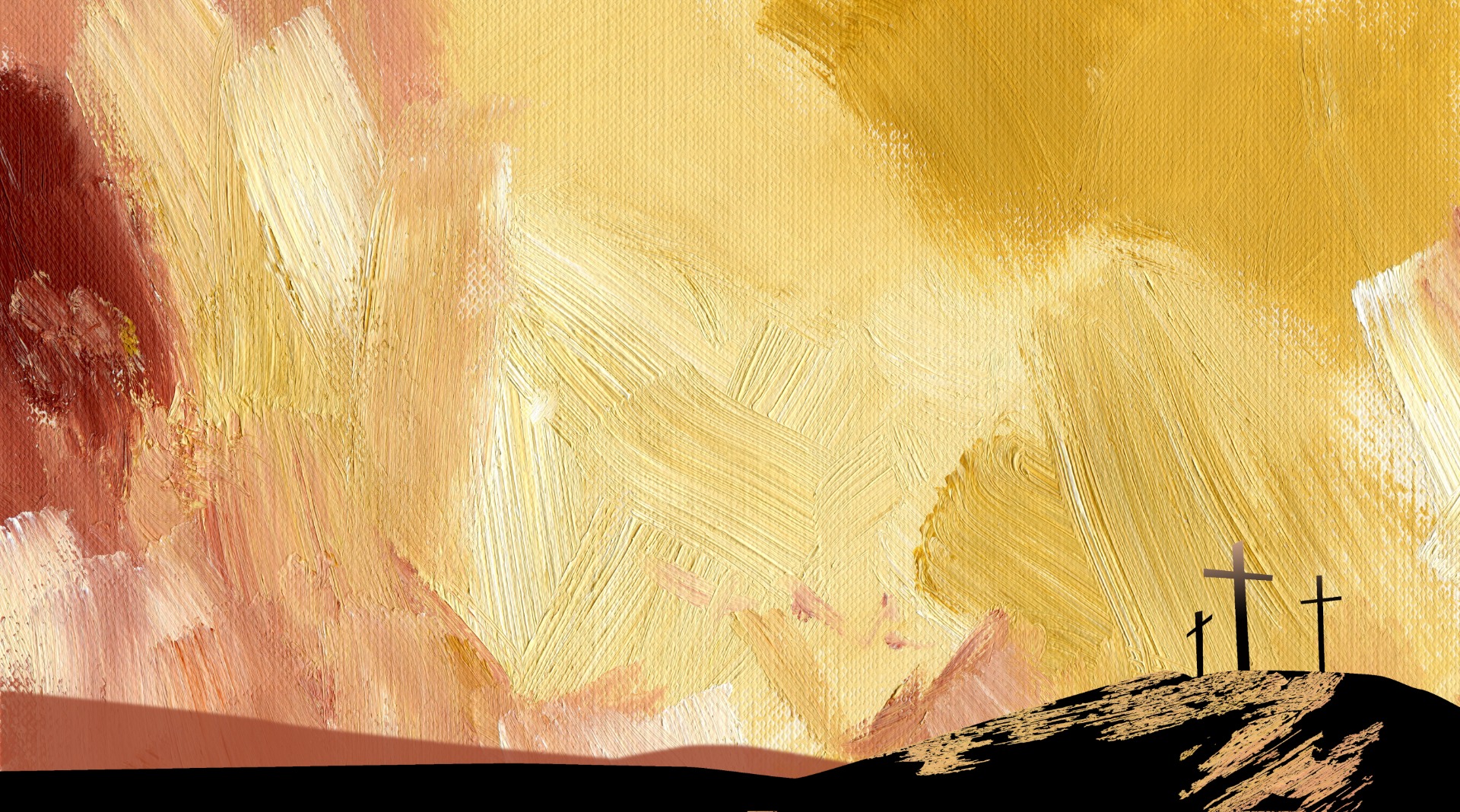 Besides Christmas, there are other feast days that have an important place in the life of Catholics. The most important holiday is Easter. At Easter, Christians celebrate the resurrection of Jesus from the dead. The love of God is stronger than death. Thus, Easter is the symbol of hope and the future. The suffering, death, and resurrection of Jesus are at the heart of the Christian faith. Easter is also a cheerful family celebration where we go on a chocolate Easter egg hunt, or we decorate boiled eggs! 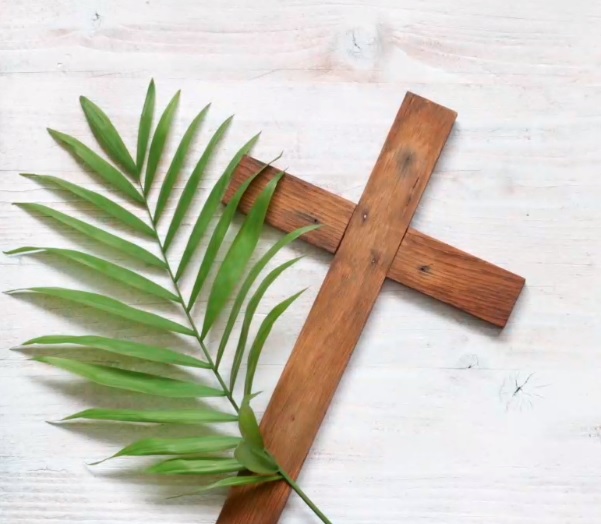 On holidays like Christmas and Easter, Catholics go to church, the Christian house of prayer. During every Mass, we read passages from the Bible. The Bible strengthens believers. In addition, Catholics receive the sacrament of the Eucharist during the Mass. A sacrament is a ritual in the Catholic Church in which God and humankind meet. The Catholic tradition has seven sacraments that mark important moments and transitions in life. The sacrament of the Eucharist is received for the first time at one’s First Holy Communion, I was seven years old back then. The Eucharist reminds Christians of the Last Supper. This is the last meal Jesus shared with his apostles. Jesus asked his disciples to keep repeating this meal. That is why the ecclesial community has come together from the very beginning to celebrate the Eucharist.

In addition to the sacrament of the Eucharist, there are six other sacraments that play important roles in the lives of Catholics. The first sacrament is baptism. My parents chose to have me baptized as a baby. Baptism is a sacrament of initiation in which people are formally welcomed into the Catholic Church. Water is poured over the head of the person to be baptized, and they are assigned a Godfather and a Godmother. Children and adults can get baptised to become a member of the Catholic Church. A Catholic believes that baptism is the beginning of a new life in Christ. When I turned 12, I received the Sacrament of Confirmation. This is also a sacrament of initiation, like baptism. The confirmand is anointed with the Holy Spirit. It is an affirmation of baptism and of the union with God and the ecclesial community. One publicly declares to everyone: ‘I want to be a Catholic’.

In the future, I would like to get married in a church! The Sacrament of Marriage not only connects two Christians with each other, but also with God, and the faith community. Some male Catholics are called to the priesthood, or to a religious life. They receive the Sacrament of Ordination. These men are not permitted to marry. Also, women can serve the church, as religious persons in congregations or as lay people, both inside and outside of marriage.

The last sacrament I want to tell you about is the Sacrament of Penance, or reconciliation. This sacrament gives Catholics the opportunity to confess their sins to a priest. Our sins, anger, and powerlessness are entrusted to God, who then grants us forgiveness and reconciliation if we are willing to renew our lives. Being a Catholic has moral implications: to respect the dignity of the human person, and to take responsibility for the community and the whole of creation. 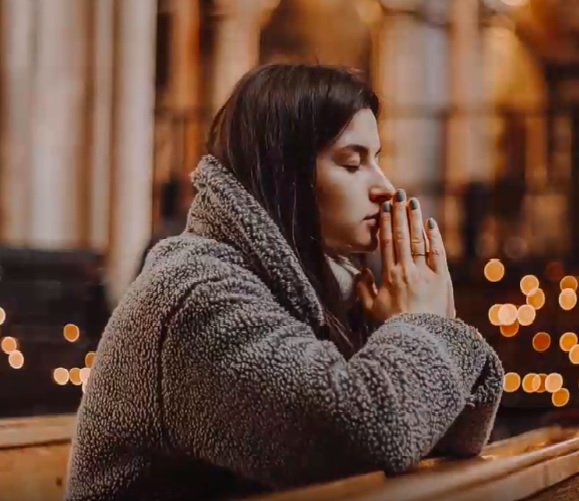 In the everyday life of Catholics, the veneration of saints plays an important role. Saints are examples of a Christian life that inspires. The most famous saint who is venerated is Mary, the mother of Jesus. There are also certain places connected with Mary, such as Lourdes in France. People often go on pilgrimages. A pilgrimage is a journey of a believer to a place of religious significance. For many people, a pilgrimage is an inspiring experience that will stay with them for the rest of their lives.

To end, I just want to say a few words about Vatican City, located in Rome, and it is the most important place for Catholics all over the world because it is the headquarters of the Catholic Church. It is the place where the Pope lives! The Pope is the head of the Roman Catholic Church. Besides the Pope, there are other leadership figures within the Catholic Church: bishops, priests, and deacons. Catholic believers who do not take up a formal leadership office in the Church are called lay people, or the laity. The laity are called to engage in society based on the Christian inspiration. I would like to conclude with a prayer, perhaps the most famous Christian prayer in the world, given by Jesus himself: The Lord’s Prayer.

2.2.1 Exercise 1: A first encounter with Catholicism

Answer the questions below after listening to/reading Sara’s letter.

1.What did you already know about the Catholic faith?

2. What information about the Catholic faith is new to you? 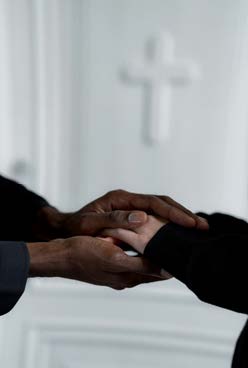 2.2.2 Exercise 2: What do you know about the Catholic faith?

1. What does Catholic mean?


2. When Catholics speak of God the Father, Jesus the Son, and the Holy Spirit, they call this...


3. What is the correct ranking of leadership figures within the Catholic Church?


5. What is the name of the sacred text of Christianity?


6. The Catholic Church has seven sacraments. What is a sacrament?


7. The veneration of saints plays an important role in the everyday life of Catholics. What is a saint?


8. Where does the pope, the head of the Catholic Church, live?


9. What is one of the most important symbols for Catholics?


10. The Eucharist is a commemoration for Catholics of…

A sacrament is a ritual in the Catholic Church in which God and humankind meet. The Catholic tradition has seven sacraments that mark important moments and transitions in the life of Catholic believers.

Below you will find the seven sacraments. Connect each sacrament with its definition by noting the number of the sacrament next to the description:

In this sacrament, a Catholic believer is anointed with the Holy Spirit. It is a confirmation of baptism. In this way, the believer shows God and the Church community that they want to be Catholic.

This sacrament grants forgiveness and reconciliation after a Catholic believer has confessed their own sins and is willing to renew their own life.

A Catholic receives this sacrament for the first time at their First Communion. The sacrament reminds Catholics of the Last Supper, where Jesus asked his disciples to always repeat the meal in the same way. With this sacrament, Catholics commemorate Christ and the Easter mystery.

In this sacrament, two people are joined not only for life to each other, but also to God, and the Church community.

People join the Christian faith by means of this sacrament of initiation. Water is often poured over the candidate's head.

This sacrament is given to the sick and dying. It allows the sick or dying person to experience the closeness of God.

With this sacrament, a person demonstrates their choice to serve God and the Church community. Only unmarried men can obtain this sacrament.

Read the statements below after listening to/reading Sara’s letter. Are the following statements right or wrong? Justify your answer.

1. Jesus lived in the first century of the Christian era. He was a unique and inspiring person. He encountered no opposition throughout his life.
RIGHT / WRONG 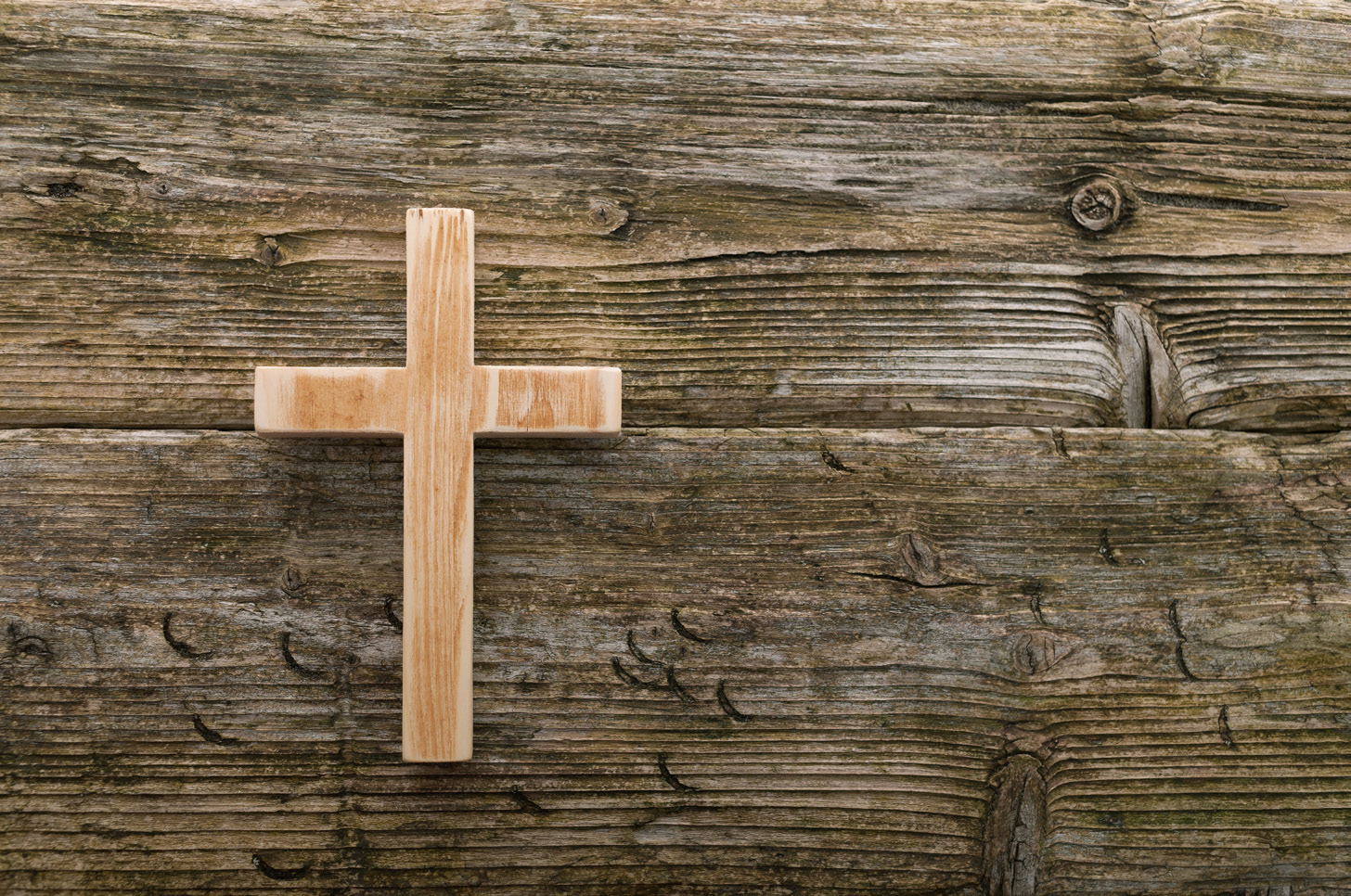 2. A Catholic pilgrim is a traveller who is on a journey to a place of religious significance. Catholics can choose to go on pilgrimages to places connected to saints, such as Lourdes.
RIGHT / WRONG

3. Vatican City is a special place for Catholics. It is the only place where the Bible, the sacred text of Christianity, can be read.
RIGHT / WRONG 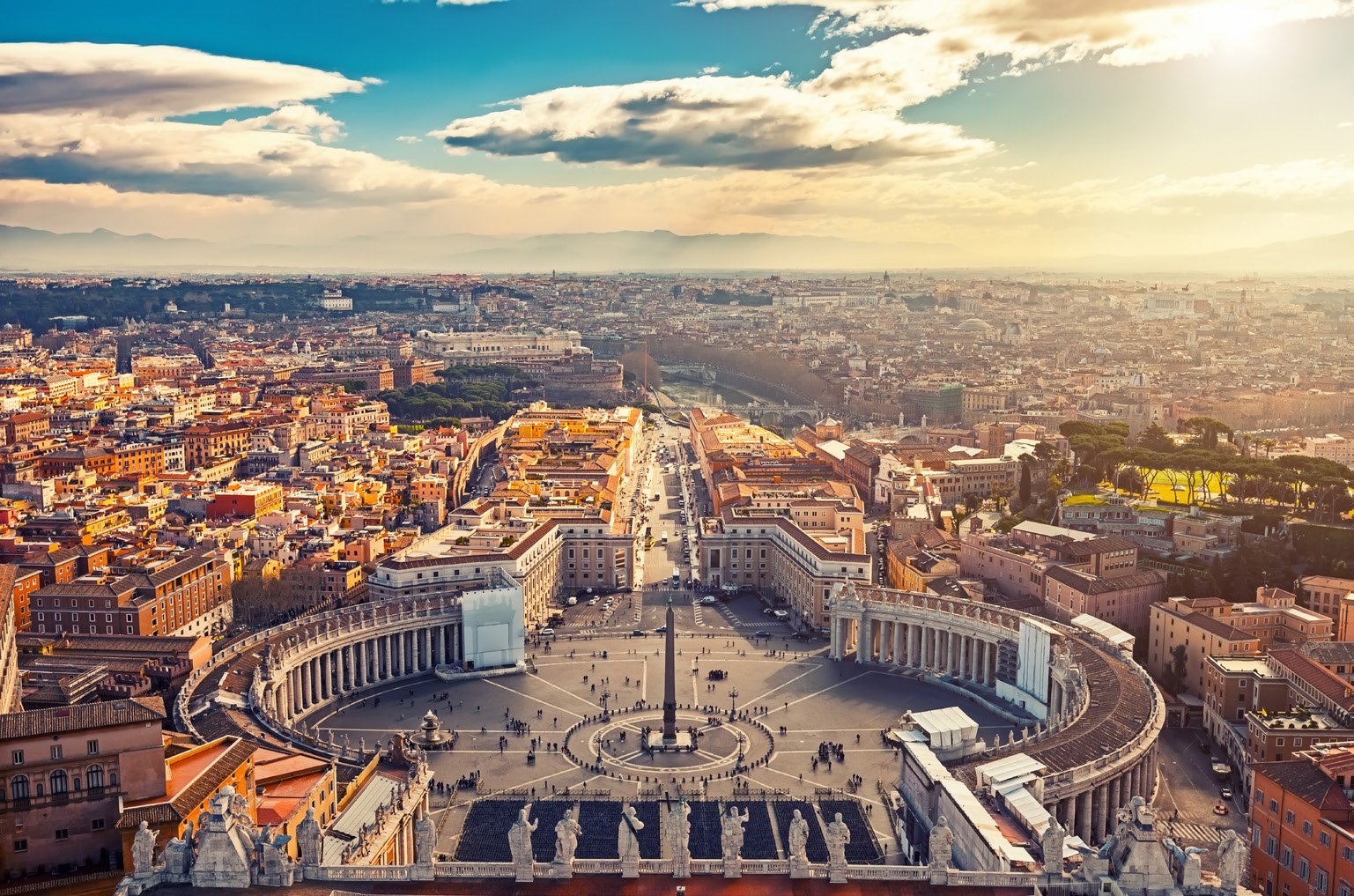 Prayer is an important activity for Catholics. The best-known prayer for all Christians is the Lord’s Prayer , also called the Our Father . This prayer is not only important for Catholics, but also for other branches of Christianity, such as Protestantism, Anglicanism, Orthodoxy, and so on. The prayer was given by Jesus Christ himself; it is ancient and can be found in the Bible.

The Lord’s Prayer is a powerful text addressed to God. Believers can find comfort, support, hope and trust in it. It is a text that also makes Catholics dream about the future, in which nothing good is ultimately lost.

1. What amazes you the most in this prayer?

3. If you do not pray, do you understand why others do? What would you like to ask them? 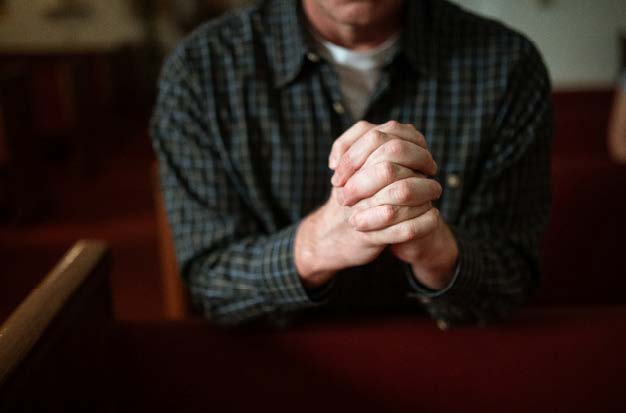 Bible
The Bible is the book of faith for Christians. This sacred book for Christians consists of two parts: the Old/ First Testament and the New/Second Testament. The term ‘Bible’ comes from the Greek word biblia, which means ‘books’. Indeed, the Bible is a collection of several books, consisting of different literary genres: legends, wisdom, (historical) stories, prophetic visions, Gospels, and so on.

Catholic
Catholicism is a movement within Christianity. Catholic means ‘universal’. The Catholic message and the Catholic Church are addressed to everyone.

Saint
In the everyday life of Catholics, the veneration of saints plays an important role. Saints are examples of a Christian life that inspires. A well-known example of a saint is Mary, the mother of Jesus.

The Lord’s prayer/Our Father
The Our Father is a well-known and frequently prayed prayer among Christians, addressed to God. It was given by Jesus himself and can be found in the Bible. This prayer is centuries old and has been translated into as many as hundreds of languages.